Posted on December 16, 2017 by Insurrection News 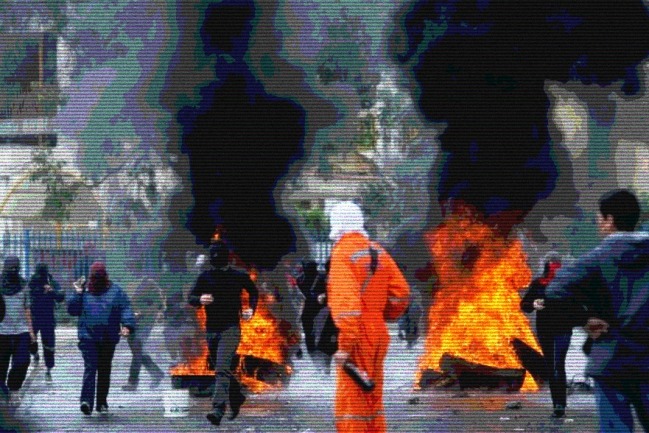 DOWN WITH THE JAILS AND WAR AGAINST THE JAILERS!!

With the anarchist, Angry Pelao and the Brujo (Sorcerer)**, present in every revolt, in every street clash, we went out to sharpen the gestures of memory and solidarity with the prisoners in a confrontational and permanent war against the State, patriarchy and capital, therefore we send a warm and complicit embrace to the comrades Juan and Nataly who are being judged by the power in the so-called ‘Bombs Case 2’, and to the comrades who are in the sights of power and the press in Valparaíso for the case of May 21st.

In the same way, we show solidarity with every insurgent in revolt…

Until solidarity becomes a weapon!!

*Notes from Insurrection News – Refers to the San Miguel Prison Massacre that occurred on December 8th, 2010 in which 81 prisoners died in a fire due to chronic overcrowding and neglect by the prison authorities

**The Brujo refers to anarchist comrade Santiago Maldonado, murdered by the Argentine State.